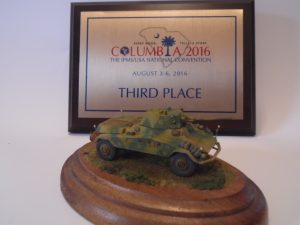 Member John Shimek attended the 2016 IPMS USA Convention in Columbia, S.C. and won third place in 1/72 scale OOB Armored Cars (Out of the Box) class with his Bussig-Nag 5cm.

The model is a 1/72 scale Bussig-Nag 5cm Kwk 39/IL/60 by AMC model. This is a Resin kit and is out of box construction. Model Master paints were used and the camouflage scheme is as depicted on the box art. It is weathered with oils and pastel chalks. There were only two of these produced during the war and were used by the 12 SS Panzer Division. It was then decided by the German command to produce the 6 wheeled armored car versions only. 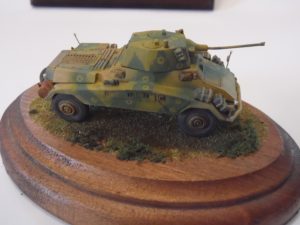 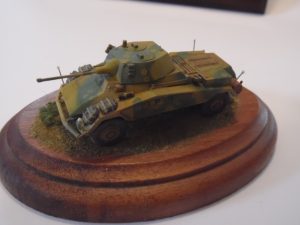