IPMS Fame Cities is saddened at the passing of one of its cofounders Ed M. Kinney on August 20, 2013 at Mercy Medical Center. Ed was 75 at the time of his passing and was cofounder of our chapter along with former IPMS USA President John Noack. He was the retired owner of E. M. Kenny and Associates Inc. in 2002.

Ed was the current financial secretary of International Plastic Modeler’ Society USA, a member of IPMS Fame Cities and East Central Ohio Pilots Association. He was an avid aircraft model builder and won many national awards and was very gracious in offering suggestions, tips and advice to the many modeler’s that sought his assistance. His legacy will live on in the improved skills that he passed on to fellow modelers.

Several members of IPMS Fame Cities chapter met informally at Ed’s house every Saturday afternoon for several years and in this past year met on Wednesdays and Saturdays at Ed’s house to which Ed referred to as the “quilting club”. The friendly bantering that was enjoyed and sharing of tips and techniques will be sorely missed by all.

As chapter member Larry Davis stated with Ed’s passing” God has received a great pilot and model builder and we all lost a good friend”. 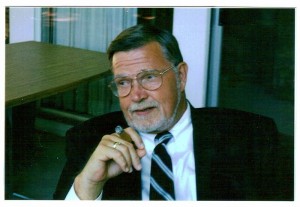