Jerry chose to model Lieutenant Commander Egusa’s famous aircraft “BI-231”, as it appeared operating from the aircraft carrier Soryu during the raids on Ceylon in March of 1942.  The D3A was the primary carrier-borne dive bomber of the Imperial Japanese Navy in the early stages of the war, and participated in almost all actions, from Pearl Harbor, to the large scale kamikaze attacks of 1945. 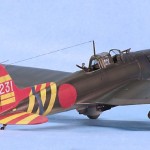 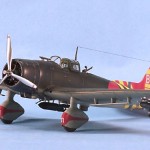 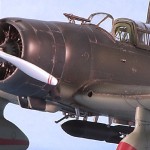 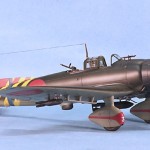