WrightCon 2017 is the IPMS Region IV Convention & Contest and is being held this week Friday and Saturday April 7,8 2017. They are not using AMPS judging or NNL and are going back to IPMS style judging for show. Thought you would want to know. IMO – this is as it should be for a ‘sanctioned’ IPMS Regional contest.

Judging at WrightCon 2017
Modelers and Friends: For WrightCon 2017 the WFSM will return to the traditional IPMS 1-2-3 System of judging and awards. At our 2016 contest we tried out using the Open System and while we received considerable positive feedback from modelers about the Open System we found that with around 700 models entered it required too much time and too many judges to execute in a manner we felt was fair to everyone and not too taxing for our resources. So we decided as a club to return to the traditional system for the 2017 Region IV event. We may in the future revive the Open System for a local club show where we expect more modest turnout and have the resources to offer a high quality show where each and every model can be judged individually. Thank you for your support of the WFSM and the Region IV event. 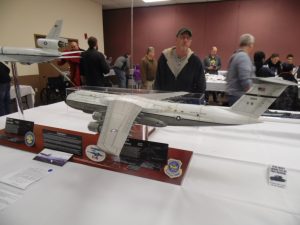