Our March meeting will be at the ACME store located at 1474 North Main Street, North Canton. This is within 1/2 mile of our old meeting place in 2014 at the Cutler Agency facility. ACME is in the same shopping area as Ollie’s across from McDonald’s fast food. Suggested entrance is on the North side (facing Main Street) doorways. Veer left as you enter the store and proceed to the back where you will see a glass sided meeting room. The store Manager and security is aware that we will be carrying in boxes/containers of our models. Meetings start at are usual time of 6:30 PM. Be aware that no food or drink is allowed to be brought into the store facility. Hope to see you there.
Upcoming Contests 2016
January – Ralph Nolan, British empire,
February – Mike Guest, Sci-Fi,
March – Mike Guest, Anything that fought in Afghan wars,
April – John Shimek, First and Last,
May –
June – Larry Davis, Pacific theater, CBI,
July –
August – Steve Reisch, Bigger is Better, 1/32 Aircraft or larger, 1/16 Vehicles or larger, 1/72 Ships or larger.
September – Club is sponsoring in memory of Ed Kinney, USMC,
October – Steve Dottavio, Vietnam, ’63 to ’75,
November – Mike Leach, King of Battle: Artillery, anything in an artillery unit.
December –

Non-Theme Contests
There is a non-theme contest every month, whether or not a theme contest is planned. So bring whatever you’ve got and let’s fill up those tables!
Newsletter
Member Bob Ulrich has posted the December 2015 issue of our newsletter via email. Thanks for your efforts Bob.
Upcoming Demos
If you would like to present a demo, or if you have a demo subject you would like to see presented, talk to one of the officers at the meeting. Odds are, many of the rest of us would be interested, also!
Website
Our web site needs content! Send your photos and other items of interest to John Shimek: jjshimek@yahoo.com. Check out the site at www.famecities.com . Our website will be undergoing a face-lift and revamp later this month. Stay tuned for more info soon.

Hope to see you there and if you have a friend or young one interested in the hobby, bring them along. 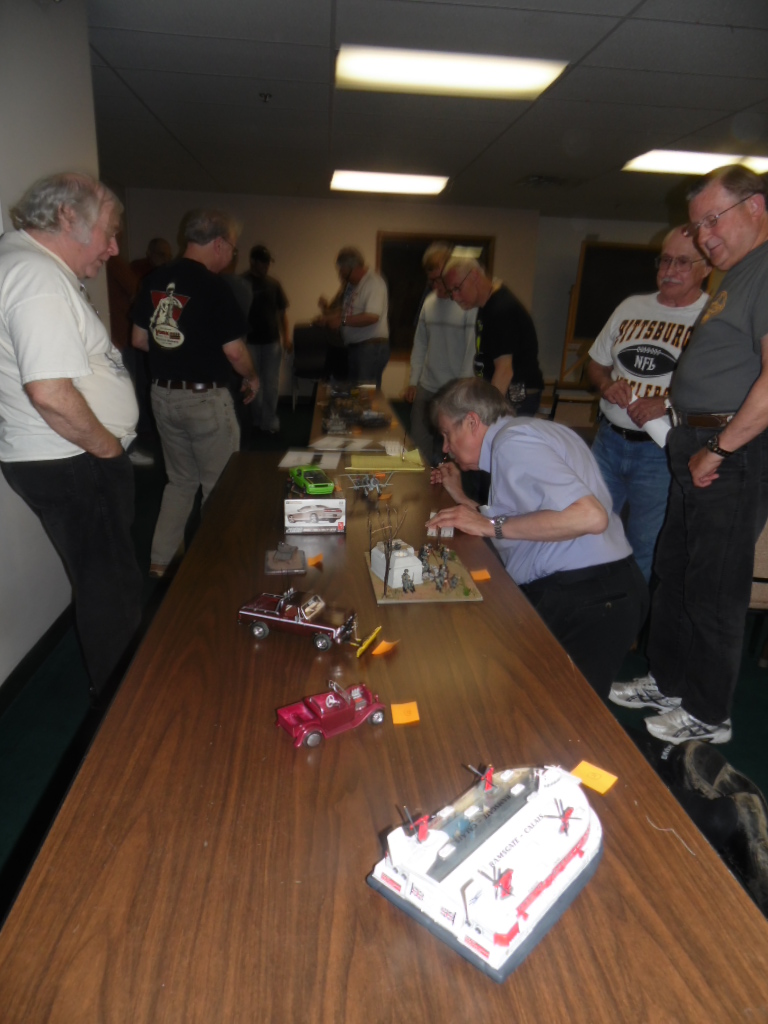